What are Google Algorithm Updates and how do they work?

Google Algorithm Updates, these words are not entirely new to those people who are associated in the field of blogging or they themselves are a blogger. Every blogger has to work according to the SEO updates during his tenure and the same SEO updates are associated with Google Algorithm Updates. Apart from this, bloggers know how to work according to SEO or else all their hard work can be spoiled.


Google algorithms are mainly invented so that SEO rules can be followed properly. Following the rule of SEO means that you should never be blogging in any wrong way. Because when you work without SEO, even if you get results soon, this thing does not last for long.

If we want to rank our article or blog on Google, then we have to work according to the right methods of SEO because when we upload content or post in an Illegal way, many times they can be ranked in Google very soon. But it will only last for some time.


What is Google Algorithm and how does it work?

Whenever all search engines search for something, then all search engines use ranking signal before giving any information and show the web page according to the rank. Google Algorithm Updates prohibits the way bloggers, bots, or other logos work through wrong methods.

When Google Alogorithm was launched, very few updates were brought by Google at that time, but in recent years, it has been seen that frequent updates are being made by Google many times so these updates can’t be easily visible But this does not happen every time because many times Algorithm Updates are done by Google on such a large scale, which is much more effective.

Right now we have read what Google Algorithm is and how it works, but now we will know what are the main types of Google Algorithm. Although Google has a lot of updates, but there are some of them which are very important, let’s know about them.

Above we have told you about the three major updates of Google Algorithm, now we try to know in detail about these three.

Google Panda is considered an important part of Google Panda Update in Google Algorithm Updates, and its main function is to pay attention to the quality of the content available on the site. These updates have a great impact on those who do not pay much attention to their content, such as Spelling Mistakes, Grammatical Error or uploading content in the wrong format, etc.

The Google Panda update was launched by Google on 23 February 2011, and when the same thing came to light that these updates focus only on content quality. Many times it happens that articles or blogs are posted on many sites without any study and when a user used to search keywords on search engines for any information, he could not get any accurate information.

This update also has a big role in Google Algorithm, its main function is to always have the right web page for any information in the search engine. The idea of ​​Google Humming Bird update is mainly to understand the search queries of any user and show the corresponding result.

If Google believes, then according to them, Humming Bird updates show more on such sites where the content on them is of high quality and the user can get accurate and correct answers to their questions on that site. When our content is readable, then it becomes easy to read the Conversational search and the user starts answering every type of query correctly, all due to the Google Humming Bird update.

In Google Algorithm Update, the Google Humming Bird was launched in 2001 and no one is aware of when updates or changes are made by Google.

Google Penguin Update also has an important contribution in Google Algorithm Update. If it is done for its purpose, then its main function is to check the quality of the link available in the site. This update was implemented by Google on 24 April 2012.

Any sites that have low quality links which are from link badges, low-quality directories or blog spam, Google Penguin Update has its effect on such sites. This update does not allow those sites to rank in Google. The main reason behind this is that the sites may not have used the correct methods when linking to those sites or it may be that the backlinks are not installed, disregarding SEO rules.

People who buy links from outside so that their site starts ranking but it is considered wrong by Google, because of that the site is unable to rank. So always low quality links should be removed from your site so that Google Penguin Update will not affect your site.

What are Google AMP? | Advantages and Disadvantages

What is dropshipping? Benefits of Dropshipping Business

What are Google Algorithm Updates and how do they work? 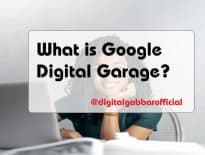 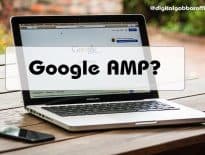 Technology What are Google AMP? | Advantages and Disadvantage…